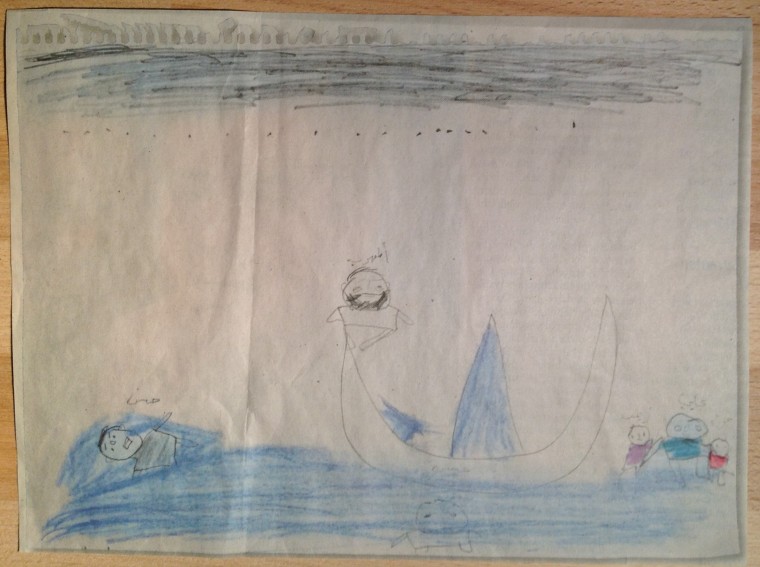 10 year old Hassan, a boy from Syria, created this drawing in an attempt to cope with the memory of the drowning of Zainab and Hussain, his younger sister and brother, while their father tried to rescue the kids from the sinking refugee boat off Lesbos. I call Hassan’s work “The Trafficker” – he is the bearded man sitting on top of the boat. We do not know what became of him. Hassan and his older sister Hawra managed to swim to safety and are in Germany now with their father.

This site uses Akismet to reduce spam. Learn how your comment data is processed.