Hanover, 16 December, 2015: German police are deporting Roma families. For many of these families, this isn’t a new experience. It happened to their grandparents, too.

Germany feels threatened by 900 000 immigrants, and the Federal State of Lower Saxony (Niedersachsen) deals a decisive blow to refugee immigration by deporting 14 000 (!) people, most of them Romani, to the “safe states” of the Western Balkans. The great majority of these innocent human beings, among them children, old age pensioners, some of them handicapped, have lived here for many years, going to school, leading normal lives, working.

I feel ashamed that the Greens are part and parcel of this inhuman act by being a partner of the Federal State government.

Resistance has many faces

The powerful poem below entitled “Mr Government” I owe to Nathalie Richard and Danniel Bennett, Rromani Gypsies who campaign for equality and better access to services in the United Kingdom and in Europe as a whole (tweeted by Natalie Bennett @romanygipsylife).

The inspiring image above, of a strong Rromani family ready to let their voice be heard, is from my archives, published in Macedonia as a picture postcard in 1917. 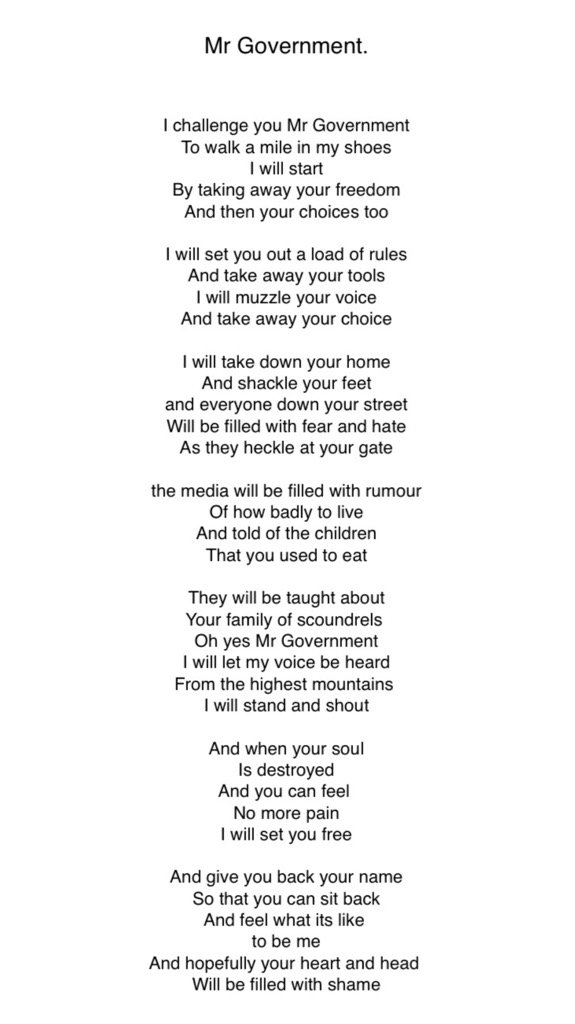